DAO or Decentralized Autonomous Organization. Spurred by their capabilities, DAOs are increasingly becoming popular in the digital world. But first, DAO what is exactly? What kind of vision does it propose? What are the current DAO projects? What are DAO Crypto? How can create a DAO? what is an NFT ? and how does DAO related to NFT .

Decentralization is meaning, they are not controlled by a single central authority like the government and that’s exactly what a DAO brings to organizations or companies. A DAO is an organization run by a group of people with no typical company hierarchy, who establish their own rules, and make decisions based on smart contracts on a blockchain. All its rules and transactions are recorded on the blockchain, thereby removing the need for any central entity.

Essentially, a DAO works like a corporation with no executive board—a company that can seamlessly function autonomously and without leadership. Its main role is to bring together a community of people with similar interests to work towards a common goal. Here, the community manages the operations of the organization and decisions are made from the bottom-up.

Bitcoin is widely considered the first-ever DAO. However, another reason of a Decentralized Autonomous Organization dates back to 2016 when few members of the Ethereum community set up what they called ‘The DAO’ on the Ethereum blockchain. The developers founded it to function as a venture capital fund sans any board of directors. Essentially, anyone could pitch their idea to the community to potentially secure funding from The DAO. It launched in late April 2016 after its raised close to $150 million at the time.

However, due to some vulnerabilities in its code, hackers managed to steal $50 million worth of ETH from the DAO in June 2016. The incident—one of the biggest crypto hacks in history—eventually led to the fall of the organization. Nonetheless, following the mass adoption of DeFi, more and more DAOs are now popping up worldwide.

Advantages and disadvantages of DAO

1. The rules coded as a transparent computer program are controlled by the members of the organization and are not influenced by the central government.
2- The control of the organization is not in the hands of one person and every body has the same opinion.
Think of financial scandals on Wall Street and other financial institutions. The CEO or other C-level managers may sacrifice their company’s reputation, stock price and brand just to achieve their personal dreams. At DAO everything is clear.
4. In a centralized organization, when the manager changes, everything must change, but in the DAO, the change of people is not important.
5. It is possible to trade and sell your unique DAO tokens to others on a peer-to-peer basis without the need for complex technical / financial knowledge.

1- The disadvantages of having several or one decision make no one responsible for making a decision.
2- The process may not be so democratic, because the more tokens a user has, the more votes he has. It concentrates this power in the hands of the largest holders.
3. The importance of issues and dealing with them is not clear. Sometimes a lot of time is spent on a minor issue and vice versa.
4. Online membership will be a challenge to make decisions due to the simultaneous dispersion.
5. Vulnerability of smart contracts (referring to the hacking of The DAO project in 2016)
6. Managerial inflexibility makes the immutability of the Chinese block very difficult to run updates and troubleshoot.

How does a DAO work?

DAOs operate on a set of rules and regulations established through smart contracts on a blockchain. For the uninitiated, smart contracts are immutable, open protocols programmed to execute automatically if and when certain pre-established conditions are met. These are publicly available and verifiable, so any member can easily view the contract, all decisions, and financial transactions of the DAO.

Thus, through smart contracts, DAOs add a level of transparency to organizations. Additionally, as DAOs are decentralized, no central authority can override or make changes to the smart contract. Any change only comes with the community’s majority vote.

Typically, a person will need to own a token to participate in a DAO. Token ownership also comes with governance/voting rights and they can influence decisions in the organization by creating and voting for proposals. This includes decisions about the DAO’s future, how funds are spent, and more. The more tokens a person has, the higher will be their voting power. Furthermore, for a proposal to be passed, it must receive votes from the majority of token holders as well as meet the DAO’s rules and regulations.

How to Create a DAO?

Create a DAO is relatively simple. First, the smart contract is created and the DAO´s governance structure is developed. These rules are embedded on the smart contract. Next, the DAO project needs to raise capital to launch. DAOs typically receive their funding by issuing DAO token. These tokens give the members voting rights in the DAO. Lastly, the DAO´s operation is then implemented. Everything is transferred to the blockchain. If the DAO needs to make a decision, the community members must vote upon such changes.

What is DAO Crypto token ?

Recently, DAO crypto tokens are being used for many purposes like investment, charity, buying and creating NFTs, fundraising and many more. For example, the Decentraland DAO includes a decentralized city planning committee in the metaverse where they decide moderation of content, LAND policy and auctions, among others.

But every project has features that make it attractive, including the following Dao features: 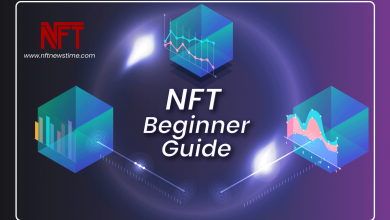 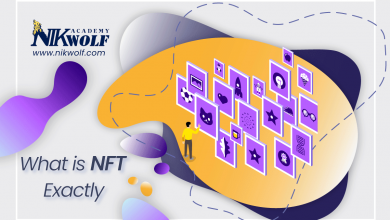 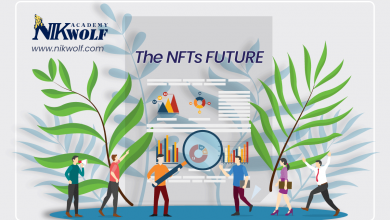